France, just like most of Europe has yet to develop much in the way of a saltwater fly fishing following. When you think of France you think of Paris and the Eiffel Tower, cologne, perfume, champagne and good food but don’t overlook the opportunities, especially during the summer months, to cast a fly especially off of the western coast into the Atlantic. Although fly fishing is relatively rare in these areas lure fishing is quite popular and most of the species being targeted by lure fishermen are available to the fly-fisherman as well. By far the most popular species is sea bass or “bar” as they are referred to in France. Sea bream are another popular species along with mackerel, skate, sole and various others that willingly take a well presented fly and are reachable from the rocky or sandy shores in western France.
The offshore species include several species of tuna.
Depending on the time of year, the French coast tuna are just like the tuna everywhere, they will willingly gobble up a juicy looking fly. France is also home to some Atlantic salmon runs as well as some sea trout, however, poor resource management including netting have caused an extreme decline in the viability of these fisheries.
Resources in France are scarce when it comes to saltwater fly fishing so your best bet is to speak with the locals or lure fishermen and then do some exploring on your own.
Tides and seasons will have an enormous impact on your outings as well so make sure you inform yourself before you go.

General Information If not already fishing for tuna on the fly, we'll just ask....Why not? This is a serious Saltwater fly fisherman's target. It's big, hits your fly at 40 mph (75 kph) and is found in just about every fishing destination you could possibly think of. Tuna are incredibly beautiful and powerful predators that come is many many different flavors too: Bluefin, Blackfin, Yellowfin, Bigeye, Longtail, Dogtooth

Offshore fishing for billfish & tuna usually involves a 12 -15 weight.
Here you will have a chance at tuna mainly so we recommend a 12 weight.
Again because we are all about control of the fish and landing the fish quickly which decreases mortality and injury after release.

The reel should have a sealed drag and made for saltwater fishing. We use the term ‘bomb-proof” which means different things to different people.
To us, it means simply a tested & proven reel with the following features:
1. Very few or no moving parts
2. Smooth drag with smooth start-up
3. Sealed drag which will not corrode
4. It will not fail under any circumstance

Flies for tuna should include small minnow patterns like surf candy, eat me and small sardine patterns 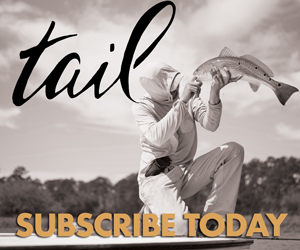