Thank you to everyone that came out to visit us at ICAST 2016.

Sincere thanks to everyone who came out to toast the debut of Tail Fly Fishing Magazine in print. Special thanks to some of the fly greats like Lefty Kreh, Chico Fernandez, Enrico Puglisi, Pat Ford, April Vokey, & Meredith McCord who were all kind enough to pose for pictures. 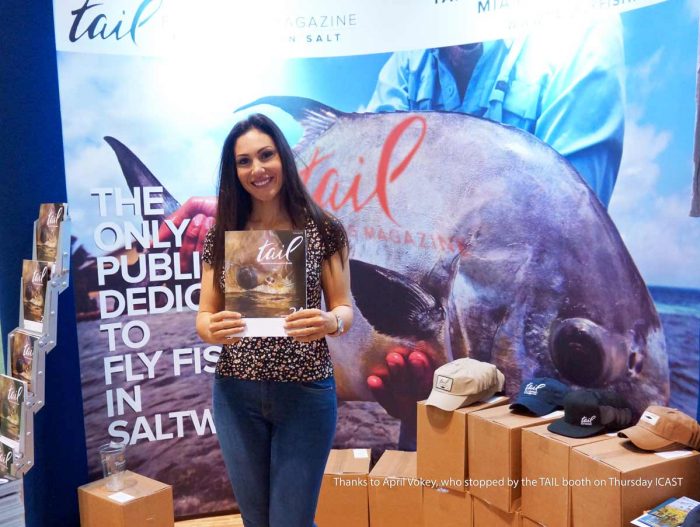 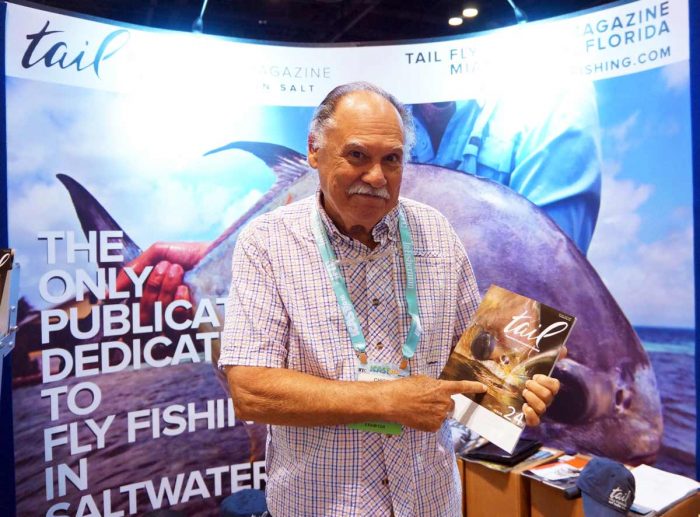 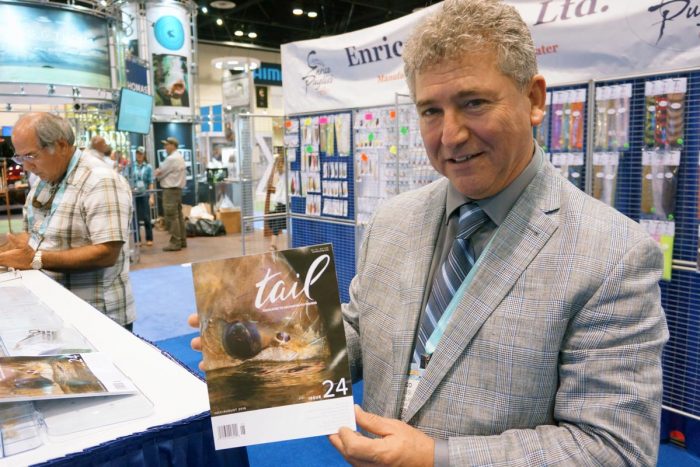 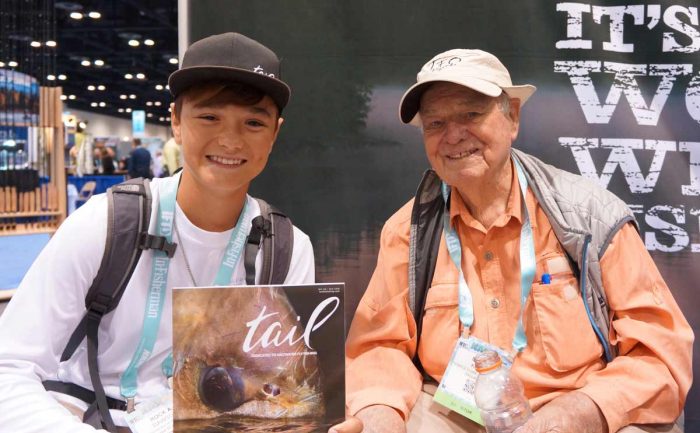 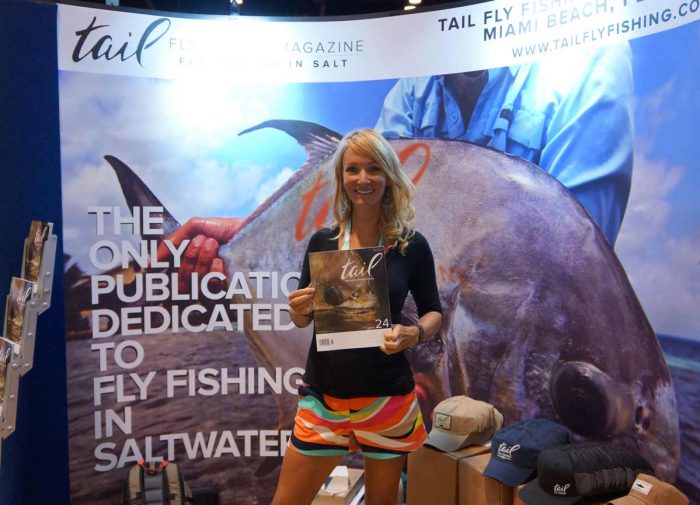 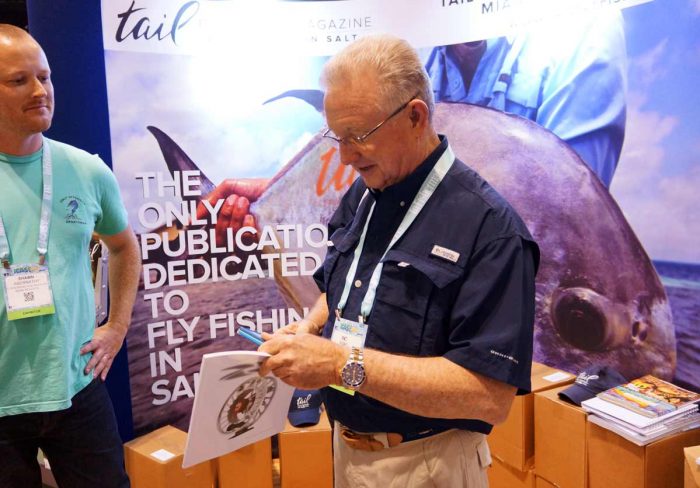 FlyFish BoneHead Shirts Available in Our Shop on 8/1 – Get One Free with Subscription! 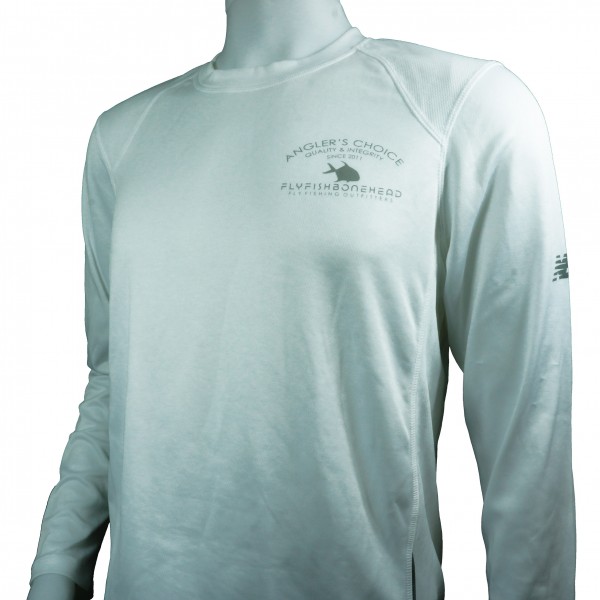 For those of you who have been emailing us about getting the shirts we were giving out, they’ll be available in the shop by August 1.

If you haven’t subscribed yet (you know who you are) we’re offering a free shirt with a one year subscription. 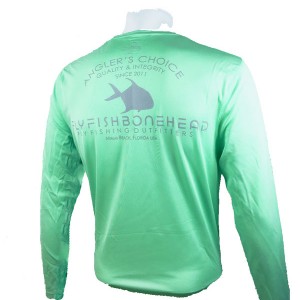 Tail Fly Fishing Magazine is a bimonthly publication which up until now was only available in digital format. Printing begins this summer and our first public release will be the September 2016 issue. 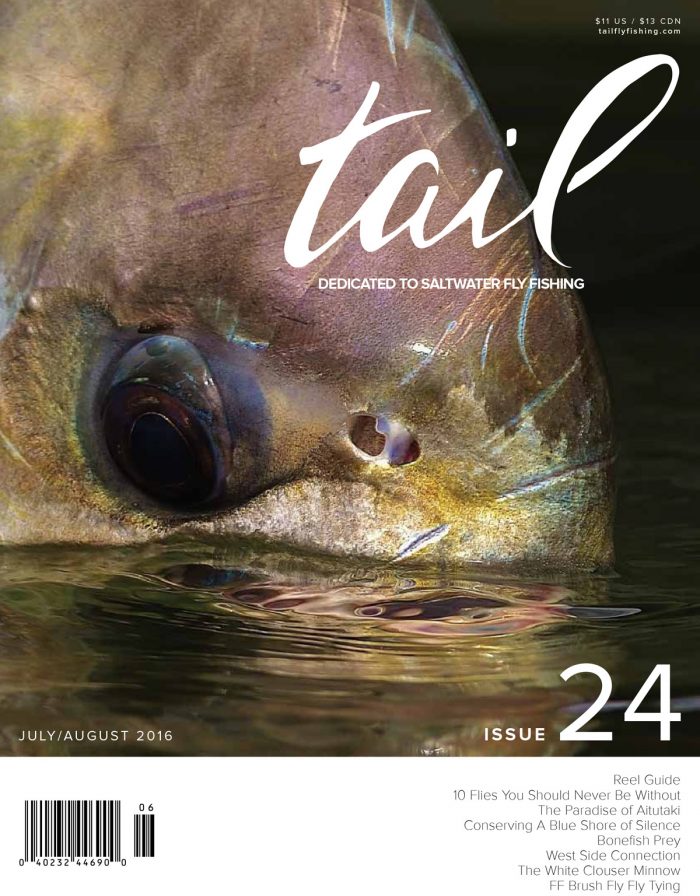 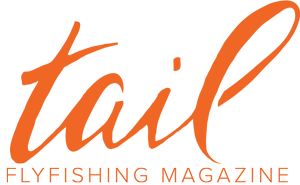 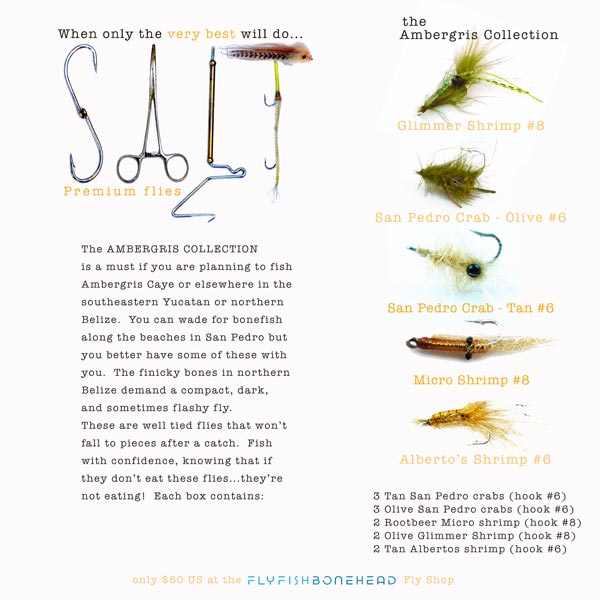 Selecting flies for a trip can be difficult and time consuming even though a labor of love.
Picking bonefish flies is incredibly difficult due to the diverse habits and diet of this species.
In the coming months we will be doing a full color feature in Tail Fly Fishing Magazine on bonefish flies for the top destinations throughout the world. With a focus on crab and shrimp we plan to highlight the species and the patterns we make to imitate them.

Here’s a very short preview of the feature coming to TAIL:
Belize – Ambergris Caye (San Pedro) to Xcalak in Mexico
The bonefishing in the southeastern Yucatan can be rough if you don’t have the right flies.
Bonefish here are typically smaller and forage for crabs and shrimp along the reef and in the eel grass.
Dark patterns that blend into the grass are absolutely necessary or you will not get an eat.
We learned this through trial and error and talking to the guides that fish there.
Patterns that are small, we are talking really small work best.
Use hook sizes #6 and #8, on occasion you can get away with a #4 hook.
Tie sparsely if you are tying your own and use lots of dark tans and brown, as well as olive.
Orange and pink flies don’t work here, you might get an eat on an pink fly but there won’t be many.

Our AMBERGRIS COLLECTION is a must if you are planning to fish Ambergris Caye or elsewhere in the southeastern Yucatan or northern Belize. You can wade for bonefish along the beaches in San Pedro but you better have some of these with you. The finicky bones in northern Belize demand a compact, dark,and sometimes flashy fly.
These are well tied flies that won’t fall to pieces after a catch. Fish with confidence, knowing that if
they don’t eat these flies…they’re not eating!

We will be featuring more tips for bone fish on the fly for places like, Hawaii, Christmas Island, Turks & Caicos, the Bahamas and many more.
Stay tuned for more info and check out Tail Fly Fishing Magazine.
You can read it for free anytime online 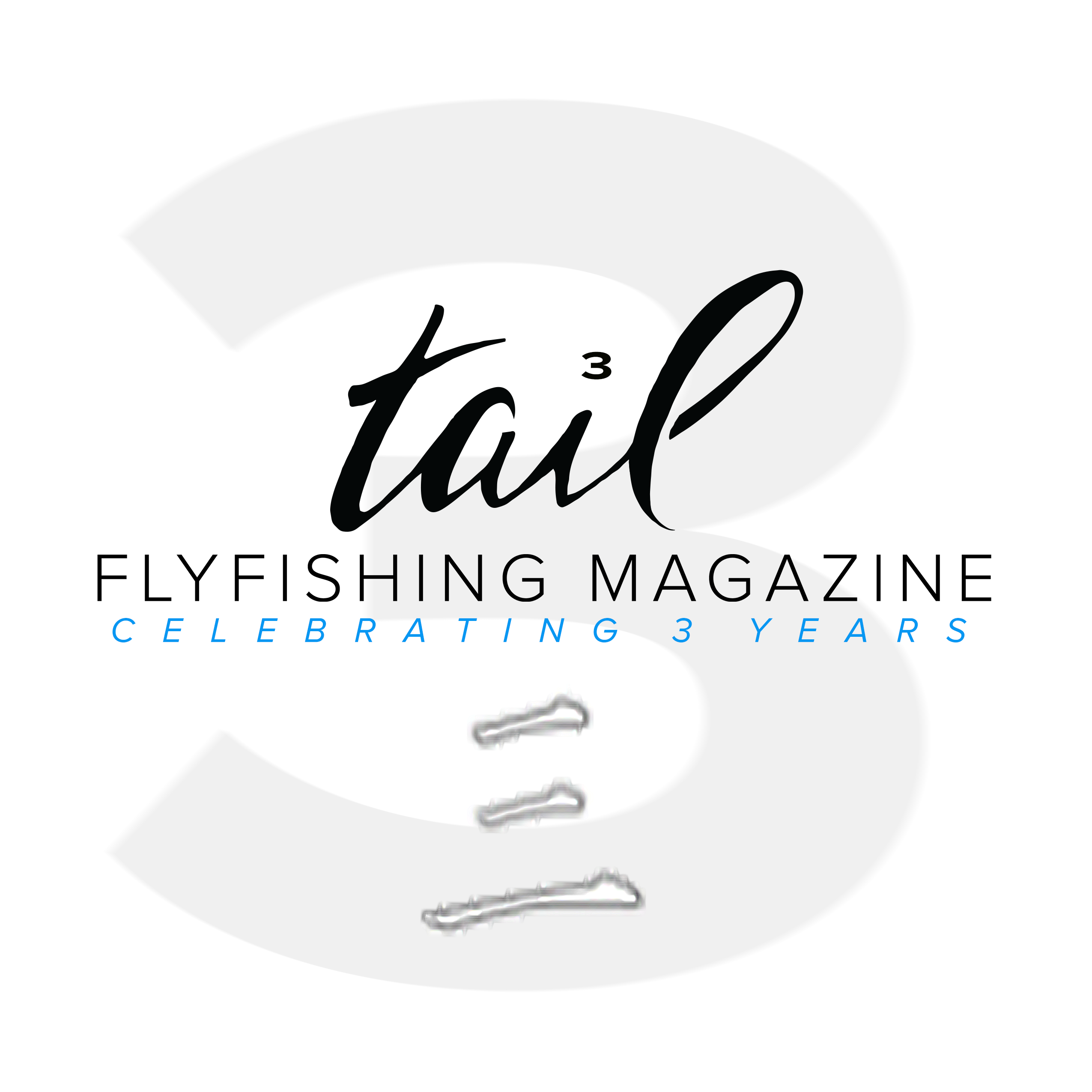 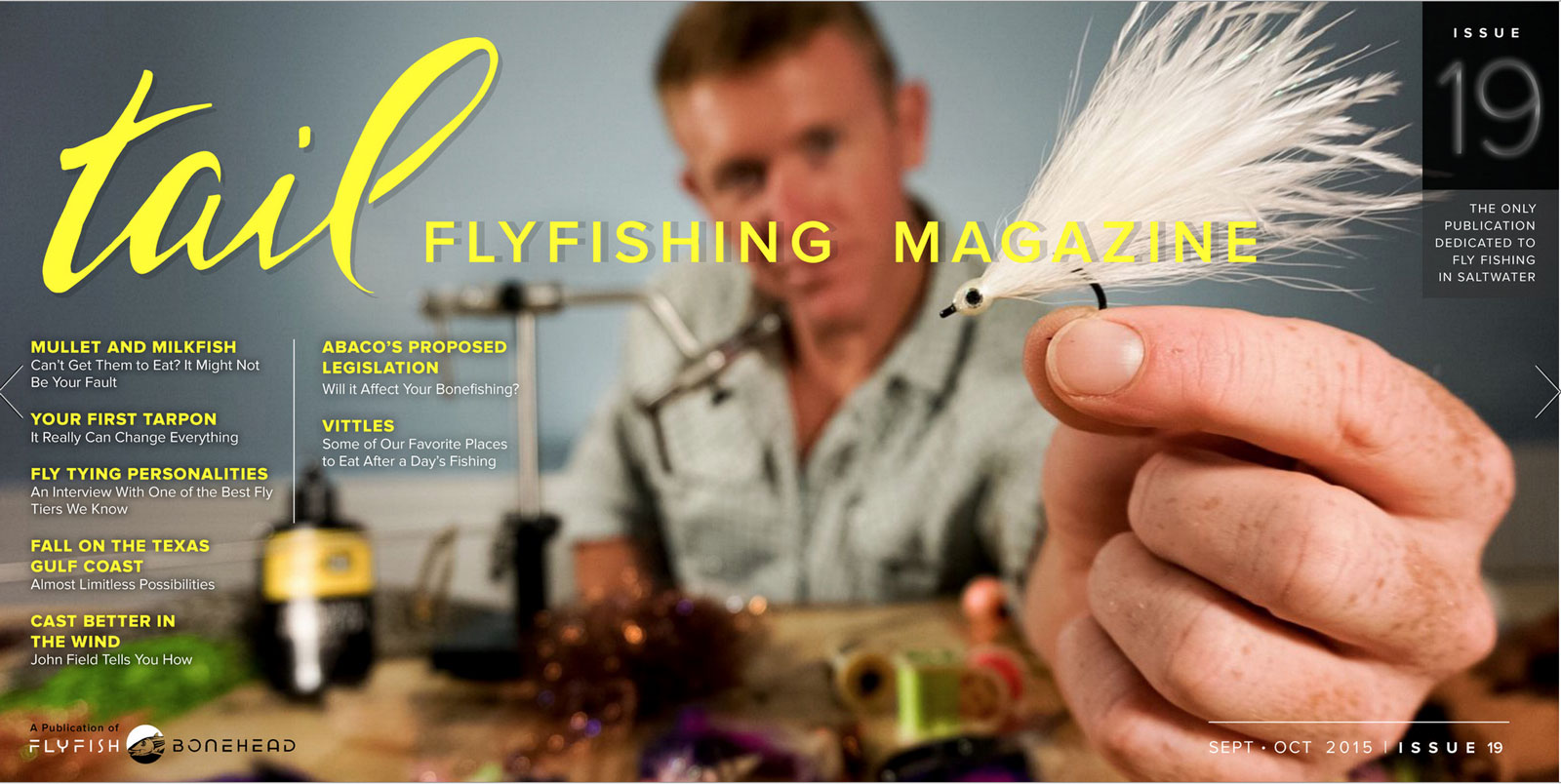 19 – TAIL FLY FISHING MAGAZINE is the totally free publication of Flyfishbonehead. Your support is greatly appreciated and without you, this wouldn’t be worth it. Please help spread the word by sharing articles and links and, if you have a Facebook account, like us and our posts! We encourage you (if you haven’t already) to join our growing army of saltwater fly anglers and become a member of Flyfishbonehead.

GT on the FLY – Fly fishing for Giant Trevally

Hunt Giant Trevally (GT) on the Fly
What’s the next fish species you’re hunting? If you’re up for a challenge, we highly recommend the Giant Trevally. This fish of many names is quickly becoming a premier target for fly fishing fanatics every where to pursue.

An incredibly strong, ferocious and aggressive reef fish. It is a large member of the jack family and is also known as the Giant Kingfish, Pacific Jack Fish, Goyan Fish, Lowly Trevally, Barrier Trevally, Ulua in Hawaii, Mamulan in the Marianas, Rōnin-aji in Japan and just plain GT for short. The Giant Trevally is similar in shape and appearance to a number of other large jacks and trevallies, having a large profile secondary to its muscular compressed oval body. GT’s are normally a silvery color with occasional dark spots although males may be black once they mature. The fish grows relatively fast, reaching sexual maturity with a length of approximately 60 cm at three years of age. With a documented maximum length of greater than 5.5 feet (~2 meters) and a weight of 175 lbs. (80kg), fish this big (or even close to this size) are extremely rare, with the species only occasionally seen at lengths greater than 3 feet (~0.8 meters). The Hawaiian Islands seem to have the largest fish, so if you are aiming for a trophy….Aloha, GTs over 100 lbs. (45 kg) are there.

Keep in Mind: Only three GTs over 100 lbs. (45 kg) from non-Hawaiian destinations have been reported to the IGFA.
GT’s Geography: The Giant Trevally is distributed throughout the tropical waters of the Indo-Pacific. They range southward from South America in the west to Hawaii in the east, as far north as Japan and southern Australia. They range along the coasts of three continents and many hundreds of smaller islands and archipelagos in the Indian Ocean.
GT’s Location Preference: GT’s inhabit a wide range of ocean environments as well as some non-marine environments. They usually start as juveniles in the safety of estuaries, shallow bays and lagoons, as most species do. These juveniles are also well known to live in waters of very low salinity such as coastal lakes and upper reaches of rivers. They tend to prefer brackish waters similar to baby Tarpon and Jack Crevalles. GT’s move to deeper reefs, offshore atolls, large embayment’s, bombora or drop-off channels as they become adults and realize their speed and power.

How to Hunt the Flats King:

Keep in Mind: You have a GT on the line? Prepare yourself, it’s time for battle against the ferocious beast. They know their domain, are incredibly strong and they will do anything to get off your line, except jump.
Most of the time, you will be chasing solitary GT’s on the flats. They are not difficult to locate since they aren’t quiet as they are pushing a lot of water. Solitary hunters have an advantage over pack hunters when you throw a fly at them because they are the only hunter there to attack. They will aggressively assault your fly and you will know that there is a GT at the end of your line. Some larger and bolder GT have been seen eating a lobster head first while it’s in a defensive stance. So you can image what they would do to a fleeing fly. The name of the game is creating the illusion of distress. If you cast a fly into the range of a GT, strip it effectively making lots of noise thus creating the impression that it is a desperate bait fish fleeing for its life, you will probably be successful. They are there to eat and you should be able to entice one to attack. That being said, they aren’t injudicious so it might take some convincing for them to come on to the flat which is why many anglers will just chum for them..
Once hooked it is absolutely essential to high stick (Click HERE to read about how to “High Stick” to get your GT on board) as you have just infuriated one tough fish. The run of a GT is not like the run of a bonefish. They go in a zigzag motion and frequently turn around to come straight toward you which is pretty much the opposite of the blistering straight line sprint of the bonefish.
GT is no doubt the strongest flats fish on the planet. If you get to fish for and land it, reminisce and treasure the experience.

Keep in mind: It’s a difficult species on many levels.
Flies to Use:
Baitfish imitators, but our friends in Australia really like poppers.
Depending on size of fish you can tie them on hooks from a 1-0 to a 5-0.